5 Signs You Should Engage in Custom Awards

Twenty-one billion is a mighty big number.  In dollars, that’s the annual sales in the promotional products industry.  If 21 billion one dollar bills, end-to-end, were the perimeter of a pie, the pie would be 323,000 miles across.  As big as that is, it’s a pie that’s cut into many pieces—20,000+ distributor companies with a total population well into six figures.

To get your share, how do you stand out?  How do you distinguish yourself from everyone else?  What makes you the go-to for your customers?  Differentiating yourself as a resource for custom work is certainly something to consider.  Here’s why… 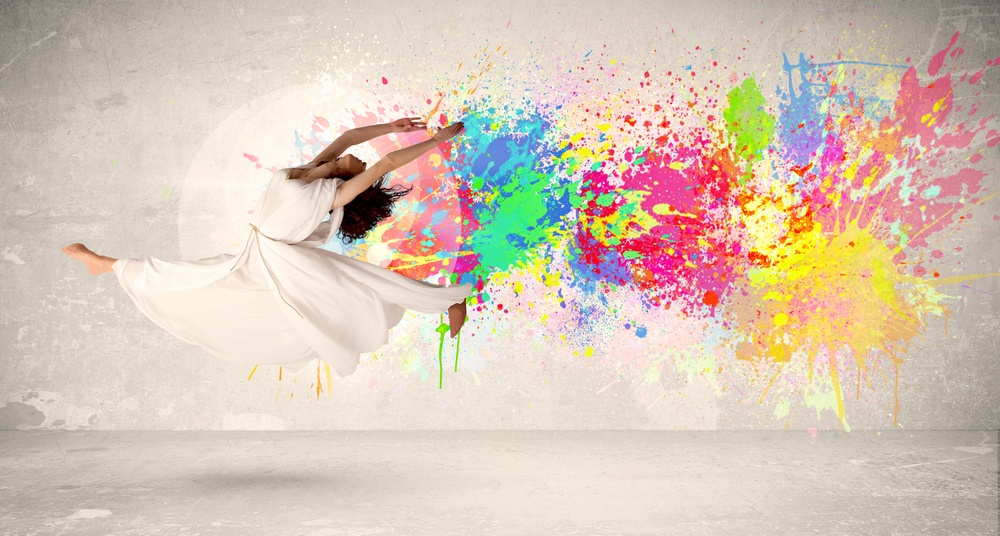 In the interest of full disclosure, this article has absolutely nothing to do with the challenges or opportunities you might face as a promotional products distributor.  In fact, it doesn’t really have to do with anything in particular.  Except…

Today is Haiku Poetry Day!  Woo-hoo!  I know, right?  Who woulda thunk it?  Well, whoever it was should be canonized at once as St. Genius, the Patron Saint of Seventeen Syllables. I mean, if yesterday can be designated Eggs Benedict Day, it only makes sense that Haiku should have its own day.

Check out some other fun and unusual holidays here!

They’re Looking For You, Are You There?

The promotional products industry is many things—it’s creative, it’s rewarding, it’s maddening, it’s filled with all kinds of interesting characters.  And it’s quite busy.

In fact, if you take the numbers from Counselor magazine’s 2016 “State of the Industry” issue, dividing the $22 billion in annual revenue by the $1,043 average order size, that means, as an industry, we are handling over 21 million orders per year.  21 million—that’s more than the poulation of the state of New York.  It’s a sh— I mean, uh…a lot.

…in a galaxy far, far away, there lived a fair prince named Bruce.  Bruce was a fox who lived in a castle with a real moat and everything.  As foxes go, Bruce was the clever variety, not the smarmy and sly type so common to this particular genre of literature.  That sort of stereotype is not what Bruce The Fox is all about.  Like I said, Bruce was a fair prince.  Let’s just leave it at that.

As the CEO of all the land, it was Bruce The Fox’s job to present the annual award to the best storyteller in the kingdom.  And tonight was the big night, as Jacob and Wilhelm Grimm were slated to receive this year’s award.  Right after Dan Marino’s keynote address.  It was a big night indeed!

But, alas, Bruce The Fox was flummoxed.  In a way that foxes rarely are.  Having contemplated his bemusement with the word flummox, he turned to his mirror and said, “Mirror, mirror, on the wall, what shall I present at this night’s ball?”   The mirror said nothing.  It’s a mirror, after all, and mirrors don’t talk, even if foxes do.

A Shortcut To 27 Years Of Acquired Knowledge 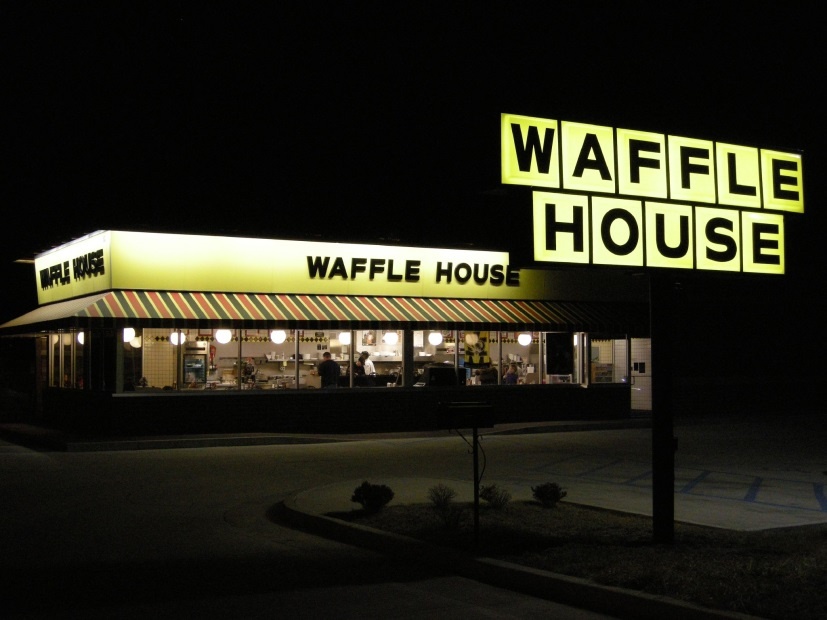 I don’t really feel like writing an introduction, and I’ve exceeded my threshold of word count according to the little word-county-thingie at the bottom of the page.  And I didn’t really feel like finding a suitable image for this post either—I’m writing this in the morning, and I guess I’m hungry.  So let’s shortcut to my shortcut of knowledge gleaned from nearly 27 years on the job.

Cutting through the jargon, I have learned there are a number of things that mean something much different than what you might think: 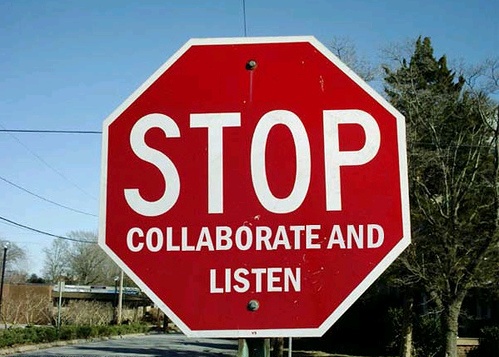 I was stopped at a red light near our office and factory, pointed south at the intersection of Grant Line Road and Mt. Tabor Road, a moderately busy intersection in New Albany, Indiana.  I happened to be first in line in the left lane, so I had a clear view of the woman in the car across from me, heading the opposite direction.

She was busy texting.

The light turned green for us both, and I proceded through the intersection while she sat at her green light.  She was still busy texting.

As I made my way through the intersection, an oncoming car was moving along at a pretty good clip.  I could see, as he passed, that he was busy texting.

The screeching of tires cued me to check the sideview mirror just in time to see the ensuing collision, accompanied by the unmistakable sound of metal and plastic ramming into metal and plastic.  Like a garbage can full of Legos being dropped from 10 feet onto concrete.

In the history of modern satirical magazines, it can be said that Alfred E. Neuman, Mad Magazine’s ridiculous cover boy, was the genre’s Founding Father.

First published in 1952, Mad’s lineage includes National Lampoon (1969) and The Onion (1988.)   Growing up (using the term quite loosely) in the 70’s, the shag-carpeted floors of our house were littered with various Lego, Matchbox cars, Wacky Packages…and Mad Magazines.  The Fold-In was an ingenious regular feature.  Don Martin—with due respect to the likes of Tex Avery and Chuck Jones—was the preeminent cartoonist of the time.

And, of course, Mad Magazine gave us Spy vs. Spy. 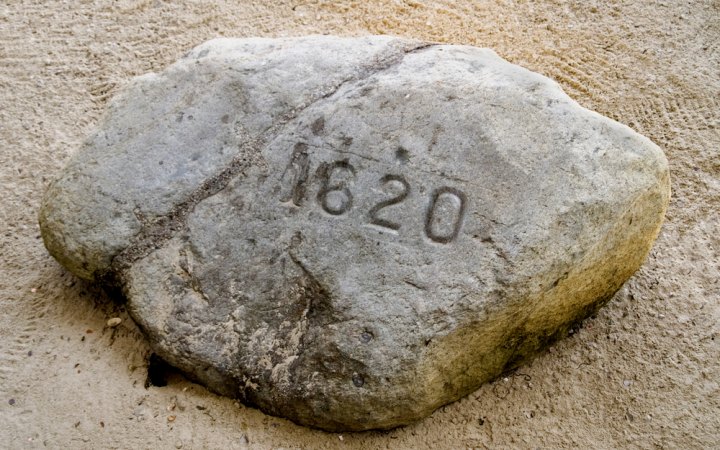 You should be thankful.

Yes, for family...for friends…for health…blah, blah, blah.  What I really mean is you should be thankful this blog contains not one but TWO lists!  Lucky you!

Dialing back to when I was creating the schedule for these blog articles, I got to this spot on the calendar, and I was trying to find a way to tie in recognition awards to something related to Thanksgiving.  So I hashed through some obvious symbols.  Pilgrims?  Nah.  The first feast?  Yawn.  Cornucopia?  Hmmm…maybe.  How cranberries were originally known as crane berries?  Pretty obscure—not bad, but not sure what the connection might be.

So, much like the Mayflower Pilgrims, I settled on Plymouth Rock.  Which I’ll get into in a bit.

But FIRST, a bit of self-indulgence!  (It can’t really be self-indulgent if it’s not first.)  Since it was April at the time I came up with that, I can’t really say I had my turkey on.  So I didn’t really embrace the seasonal aspect of Thanksgiving as it pertains to Plymouth Rock.  Instead, I kept circling back to the word “rock”.  Which naturally (at least in my mind) led me to think of songs with the word rock in the title.  Which led me to creating a list of them.  Which will lead to the voice in your head singing these songs for the rest of the day.  Sorry, not sorry!

Hey, let’s go to the beach!

Sure, lemme just grab a few things.  Can’t just go to the beach unprepared.  Let’s see…towels, sunglasses, lotion, something to read, phone (can’t escape entirely), iPod and headphones.  Chairs and umbrella.  Football and paddle game.  Boogie board.  What else?  Cooler!  Beverages, ice…we’ll need to stop off to get some.  Snacks, of course.  Wallet, hat…and a wheel barrow to haul it all out there.

We all have “The Beach List”—essentials that enhance our seaside experience.  But, as a promotional products pro, do you have the same kind of list when it comes to providing awards to your customers?  Are you making the best of the opportunity?  Do you know how you can make the experience better for your client and the award recipients?

Don’t feel bad if you don’t know the answers—your customer probably doesn’t know either.  But here’s a cheat sheet to help you along.  When you share these ideas, you might get a “I didn’t think of that” or two:

Custom Awards: Make It Special…Make It A Pay Day

If you happened to have just awakened from a coma and you don’t know what day it is, there are two places you can go to know it’s nearly Halloween.

One is Home Depot.  If your home center is trading its patio furniture for a forest of artificial Christmas trees, you can be assured that trick or treaters are preparing for their assault on our neighborhoods.

Ahhh, candy corn…the ubiquitous and polarizing Halloween staple.  When it comes to candy corn—like cilantro or presidential candidates—either you “is” or you “isn’t” in terms of your preference.  Not much gray area in between.  But what can’t be debated is the fact candy corn is… well, no offense to the “is” faction… rather …uh… ordinary… unexciting… mundane.  Okay, it’s damn boring!

But wait!  There is hope for our Cinderella of candies before midnight strikes and the pumpkin (not coincidentally) takes her away for another year.  The answer?  Salted peanuts.  The formula is simple: